Snow in Luxembourg is so rare that each time I started to write this post the snow was already gone before I published it. Winters in Luxembourg are pretty mild, but every once in a while it starts snowing and, sometimes, we have proper snow for a few hours or days. Yet, in that short snowy period, Luxembourg city becomes a magical fairy tale land. 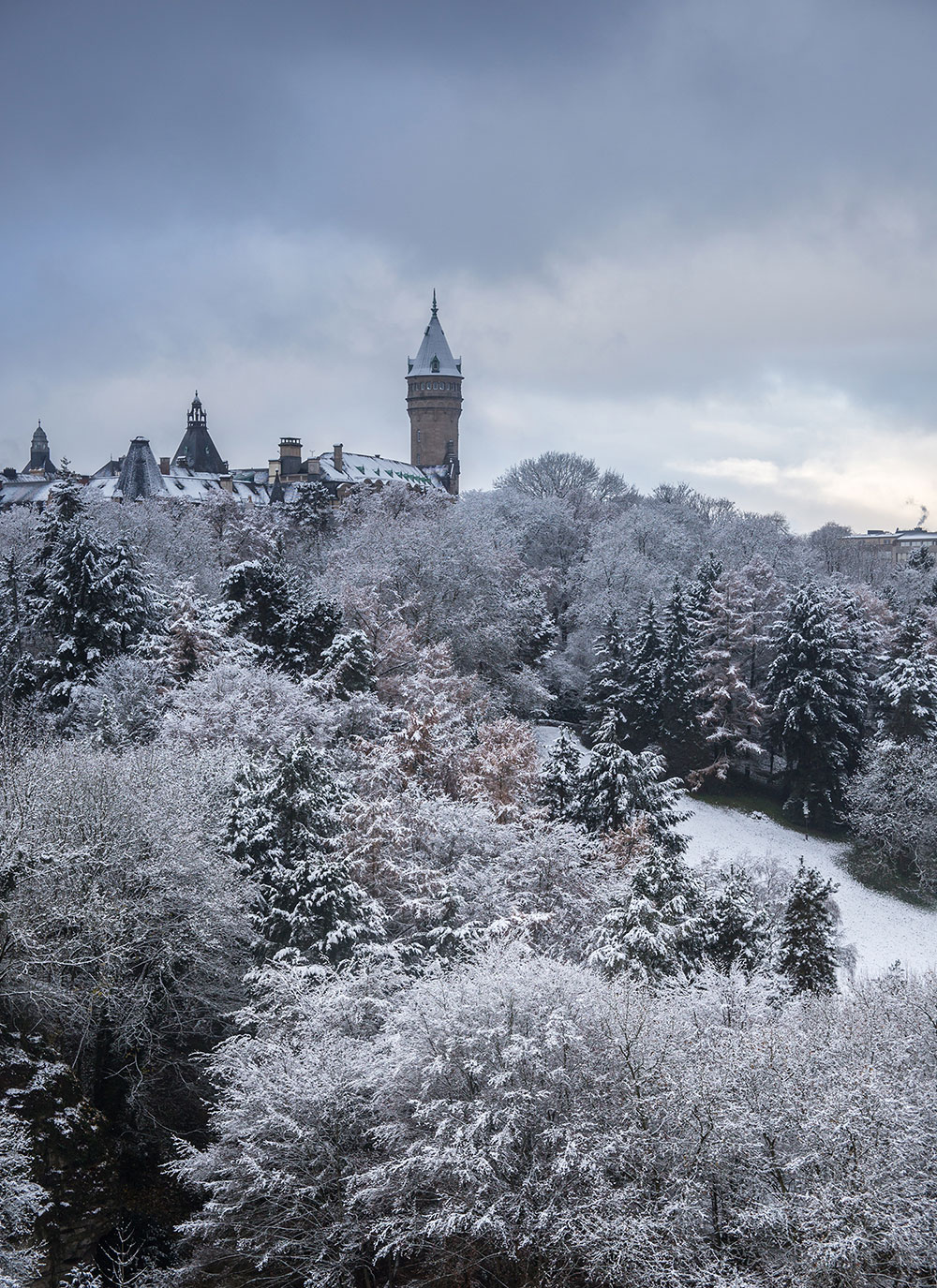 I was lucky enough to be able to photograph the snow this winter and, to me, it was one of the best photo sessions ever. Partly because it rarely happens, but mostly because the way Luxembourg city is built, on two levels, makes it so easy to see the frosted trees and white roofs from above. 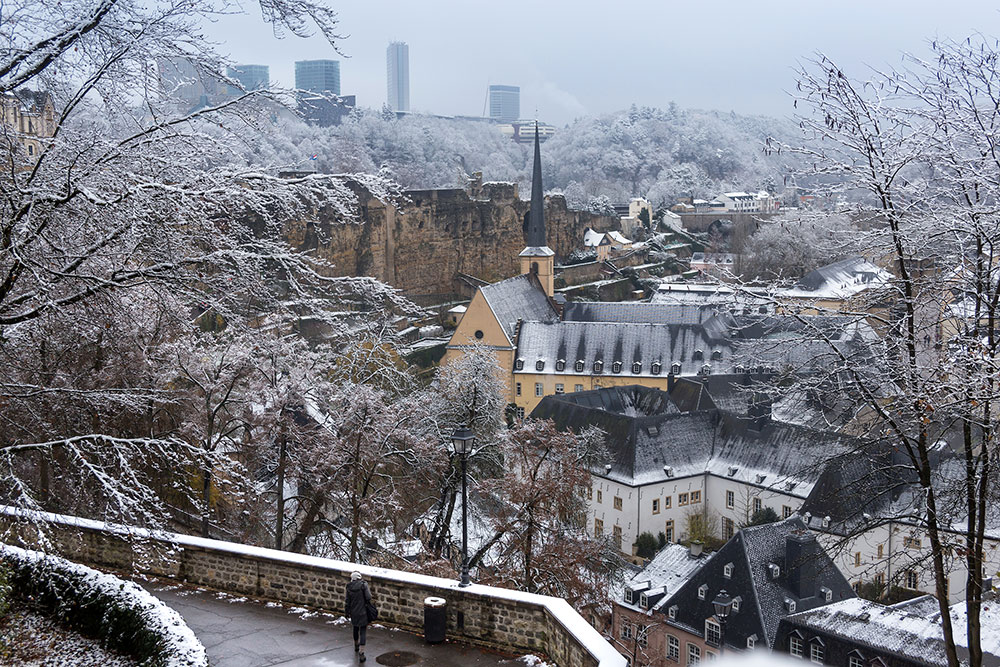 Just to understand the struggles of a Luxembourg photographer when he wants to shoot some street photography: Luxembourg has one of the highest car ownership rates in the world (some 700 cars per 1000 people). Also, its population density is rather low, at 2000 people per square kilometer. So, when it snows, people kind of disappear from the streets. But with patience and warm clothes, anything is possible. 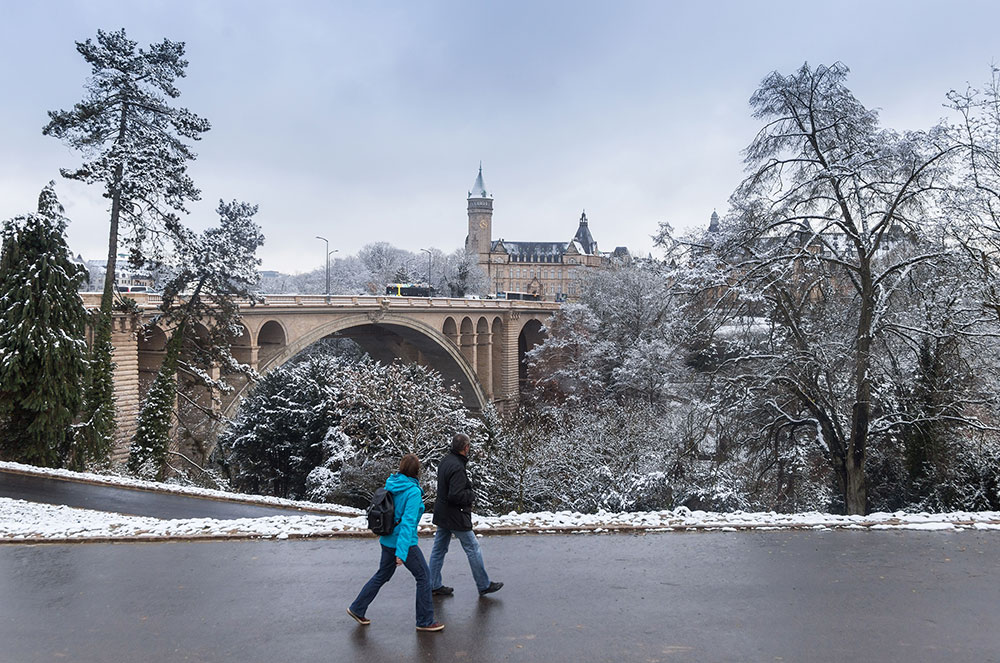 I like to watch the city from different angles. It’s beautiful from anywhere you look, but it’s still a nice exercise to see the world from different perspectives. 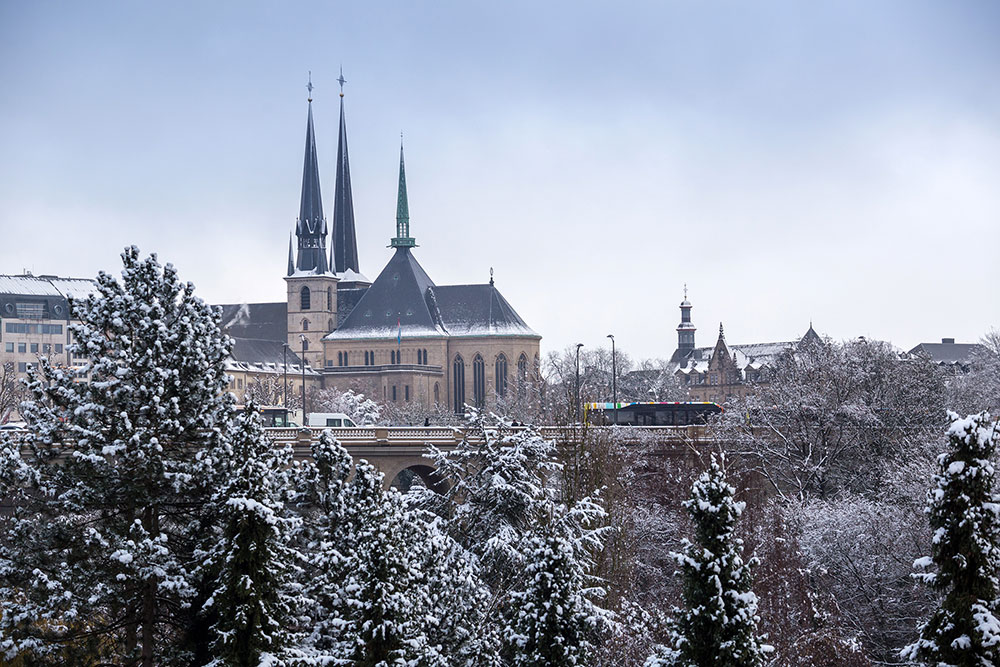 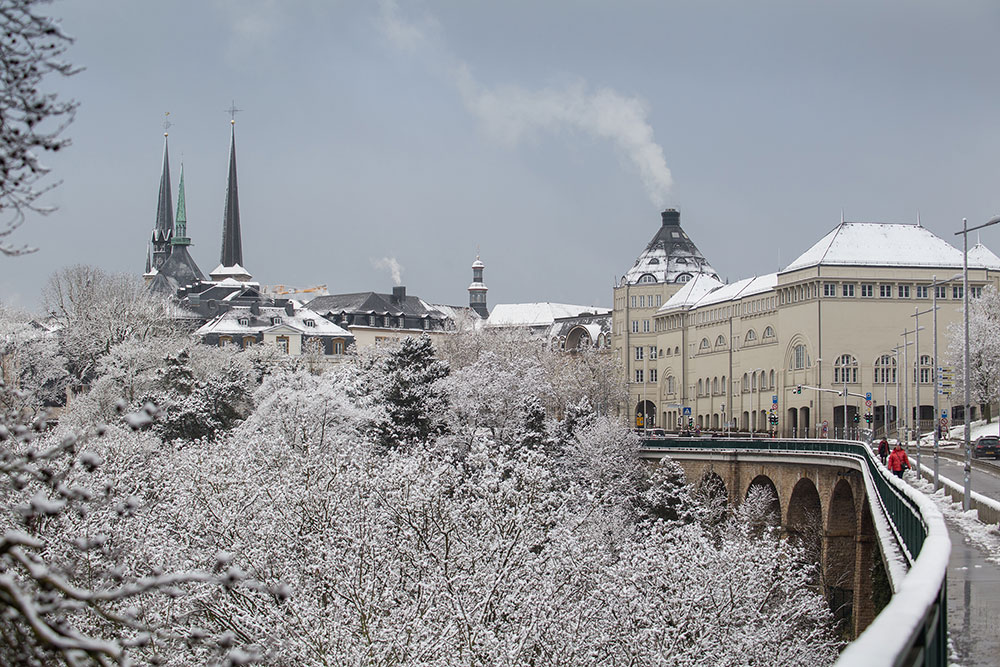 Here’s where you can see more photos of Luxembourg under snow in winter.